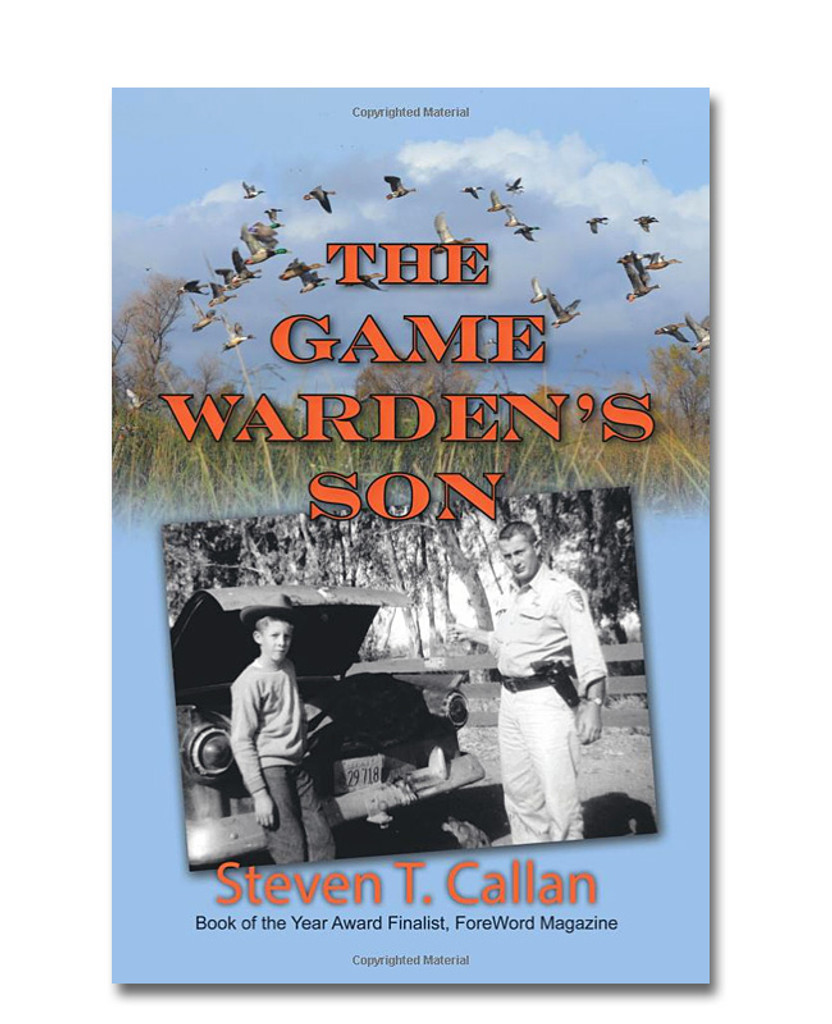 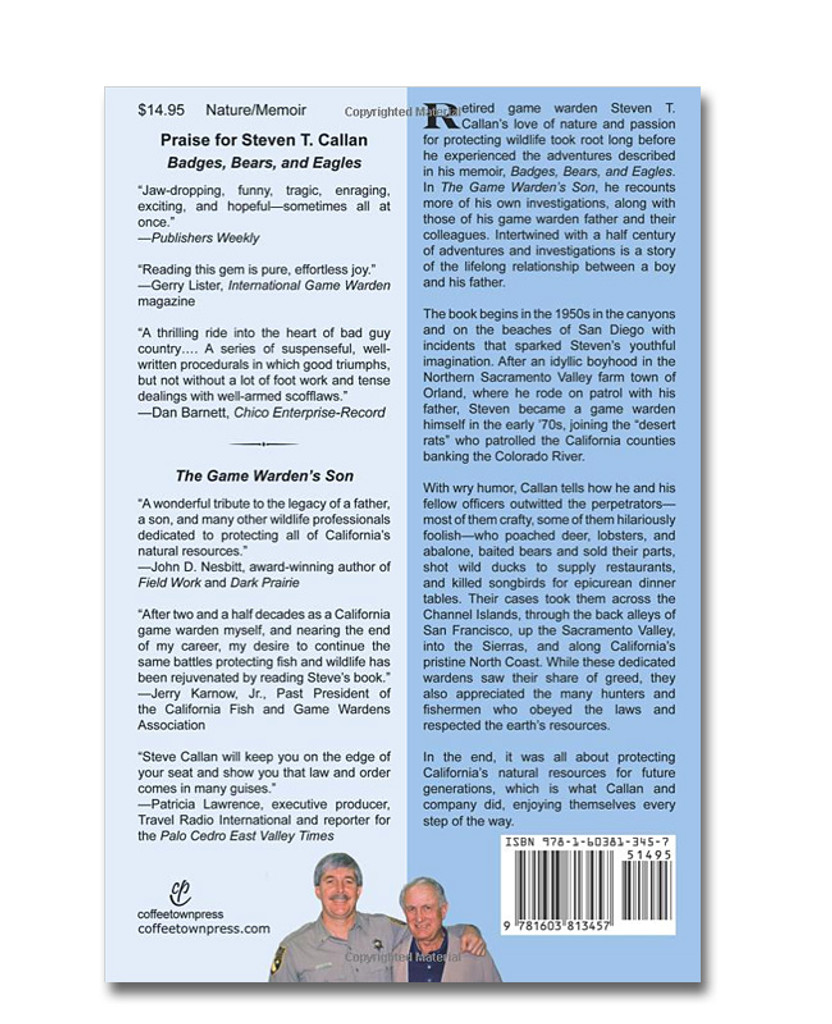 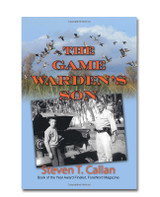 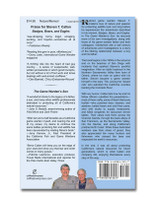 Steven T. Callan -
Retired game warden Steven T. Callan's love of nature and passion for protecting wildlife took root long before he experienced the adventures described in his memoir, Badges, Bears, and Eagles. In The Game Warden's Son, he recounts more of his own investigations, along with those of his game warden father and their colleagues. Intertwined with a half century of adventures and investigations is a story of the lifelong relationship between a boy and his father. The book begins in the 1950's in the canyons and on the beaches of San Diego with incidents that sparked Steven's youthful imagination. After an idyllic boyhood in the Northern Sacramento Valley farm town of Orland, where he rode on patrol with his father, Steven became a game warden himself in the early '70s, joining the desert rats who patrolled the California counties banking the Colorado River. With wry humor, Callan tells how he and his fellow officers outwitted the perpetrators--most of them crafty, some of them hilariously foolish--who poached deer, lobsters, and abalone, baited bears and sold their parts, shot wild ducks to supply restaurants, and killed songbirds for epicurean dinner tables. Their cases took them across the Channel Islands, through the back alleys of San Francisco, up the Sacramento Valley, into the Sierras, and along California's pristine North Coast. While these dedicated wardens saw their share of greed, they also appreciated the many hunters and fishermen who obeyed the laws and respected the earth's resources. In the end, it was all about protecting California's natural resources for future generations, which is what Callan and company did, enjoying themselves every step of the way.

"A witty and enlightening memoir, The Game Warden’s Son brims over with tales of stake-outs using disguises and subterfuge to trap transgressors. . . . The book’s slang or jargon related to wildlife is a fun bonus and makes the timely account of environmental protection even more enjoyable."
—Jane Manaster for the Manhattan Book Review (FIve-star review, June 2016)

"An exciting series of easy-to-read and gripping detective stories . . . It was extremely hard to put down. Callan is a fine storyteller. Each chapter stands on its own and is a fun read."
—Frank Galusha, founder and former editor and publisher of MyOutdoorBuddy.com